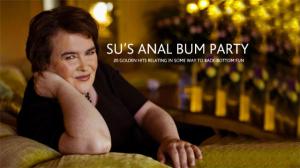 Curious Badger  ‏@BadgerCurious 22 Nov  “I went to a #susanalbumparty once. I saw things. Terrible things.”

The latter of the three suggests that maybe this was a publicity stunt for Susan Boyle. She does make a good point that no one had really known that she was about to release a new album, but after this twitter fail a lot more people knew. It’s still regarded as one of the best hashtag fails of all time and if you search hashtag fail it’s usually placed as the #1 fail. I think that the the PR professionals working for Susan knew what they were doing and created a lot of laughs and possibly a better selling album.