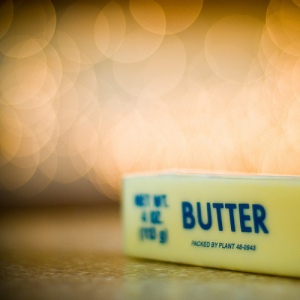 We all know Paula Deen, that older woman we see on TV that reminds us of our Grandma cooking up sugary, buttery, sweets. I even have one of her cookbooks from which I’ve made some recipes for my family that they all love. My parents have went to her restaurant, The Lady and Son’s, in Georgia and enjoyed her meals. She seems like an All-American woman who got lucky enough to become famous for clogging arteries. She didn’t have anything handed to her and struggled through life like many people, which you can find out about here.

What really got people to hear about this television cook was this summer when she admitted under oath to to using the N-word in the past during an incident where she was held at gun point. Although she has not called anyone a racial slur since becoming famous, this incident still caused an uproar and she instantly lost nearly all of her company relationships such as The Food Network and Walmart. In her appearance on the Today show, Deen tried to redeem herself by asking the crowd if they had ever said anything that they regret and wish they could take back. In my opinion, everyone has said something terrible that they would not generally say when they are in a time of distress.

So Paula chose to broadcast herself on the Today show in an attempt to knock down the rising anger among viewers as well as posting YouTube videos as apologies. I don’t believe this was her greatest idea, and having a better PR Professional might have been a better approach in helping her get back on her feet faster.

Is Paula Deen going to be able to rise above the issues that she’s faced and make a come back? Absolutely. But she is going to need to make sure that the next time she is robbed, she uses some kinder words. Here is a recap of Paula’s most recent public appearance.

One thought on “Country Fried Racism”